News From the Nest

The Whittlesea Football Club are pleased to announce that Ladies Day Raised a total of $2071.00... 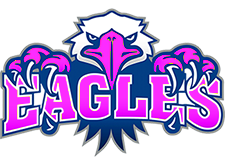 The Junior and Senior Club's are excited to announce the formation of the Whittlesea Women's Football Team for season 2019...

Whittlesea Football and Netball Club are excited to announce their intention to field a Superrules over 35's team in 2019...

A positive and constructive season.

2018 has seen our netball participant numbers double this season in comparison to 2017. This year we ran 2 teams which were arranged according to player ability, with both having great success.  Initially we had an influx of girls as word had travelled about our pre-season and they were keen to have structured trainings with direction. Unfortunately, some of these girls did not meet the minimum age to play NFNL.

Early in pre-season we discussed my expectations of the players, the discipline I required from them and the reciprocating trust we needed to have. This meant the communication was there from the beginning and this proved to be successful. 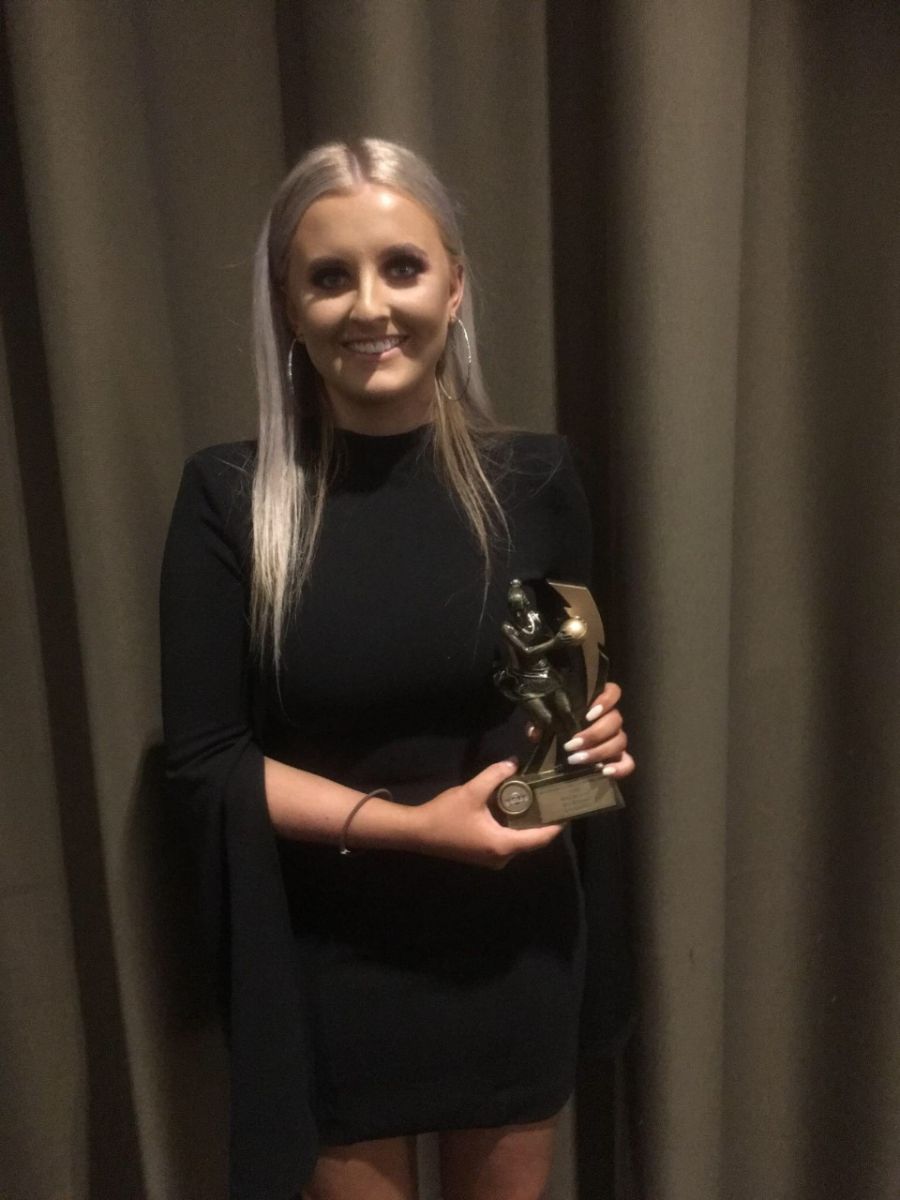 We had a new coach onboard, Jade D’Amico, who organised training plans, gym sessions and gave variety in skill drills.  The players worked hard in pre-season, trained twice per week and the young members, in particular, showed incredible progress. The young girl’s excitement and commitment at training was a credit to them, they motivated me to try new ideas and keep things fresh.

We applied for Sections 7 & 11 and were given 7 & 10. Our firsts had an average age of 19 while our seconds averaged 16 years of age. The seconds were to be the youngest team in the NFNL. After grading games our seconds were gelling well and were regraded to section 9. A great result but this meant they would now meet stronger bodied players. The improvement they had over summer was rewarded, but I was concerned.

The firsts were the fittest in their section, the last quarter we could always run out. By half way through the season, after winning by single digits most weeks, we found ourselves on top of the ladder. It wasn’t that easy, as it was a close competition. Now we had confidence and played like machines. We are not a tall team, but we were now believers. During the season we had 4 junior girls rewarded by playing up. It was grand final night and they were so nervous, they had over processed everything. I tried to get them to imagine training on their asphalt court here, but nerves beat us on the night by 3 goals. We were all shocked and devastated.

The seconds were great fun, they always wanted to learn. They had a great following of spectators and this also motivated them. We made finals, but lost first round. So disappointing at the time, but an amazing achievement for young girls, who I am so proud of.

NFNL presentation made it more obvious what a successful season the Whittlesea netballers have had. In Section 7 we had the leading goal scorer and Best & Fairest for the section and also the 3rd B & F. A credit to the girls as the section had 12 teams. The seconds for section 9 also had the leading goal scorer, runner up B & F and the 4th placed B & F. That’s my girls!

Overall, I am so proud of what my girls have achieved. I get great reward seeing their enjoyment and am amazed how much they retain from my sometimes outlandish, emotional coaching. They are maturing into aspiring, young ladies and the WFNC is contributing to that.

I would like to thank Tracey Dyson for getting our sponsors onboard and providing our uniforms. Thank you to the committee for putting up with me pushing the netball and giving me the freedom to make decisions, as I see appropriate.

It is great to see the netballers integrating with footballers making this more of a community, family club.

The Annual General Meeting was carried out both online and in person on the 27th of October with a new President being elected. 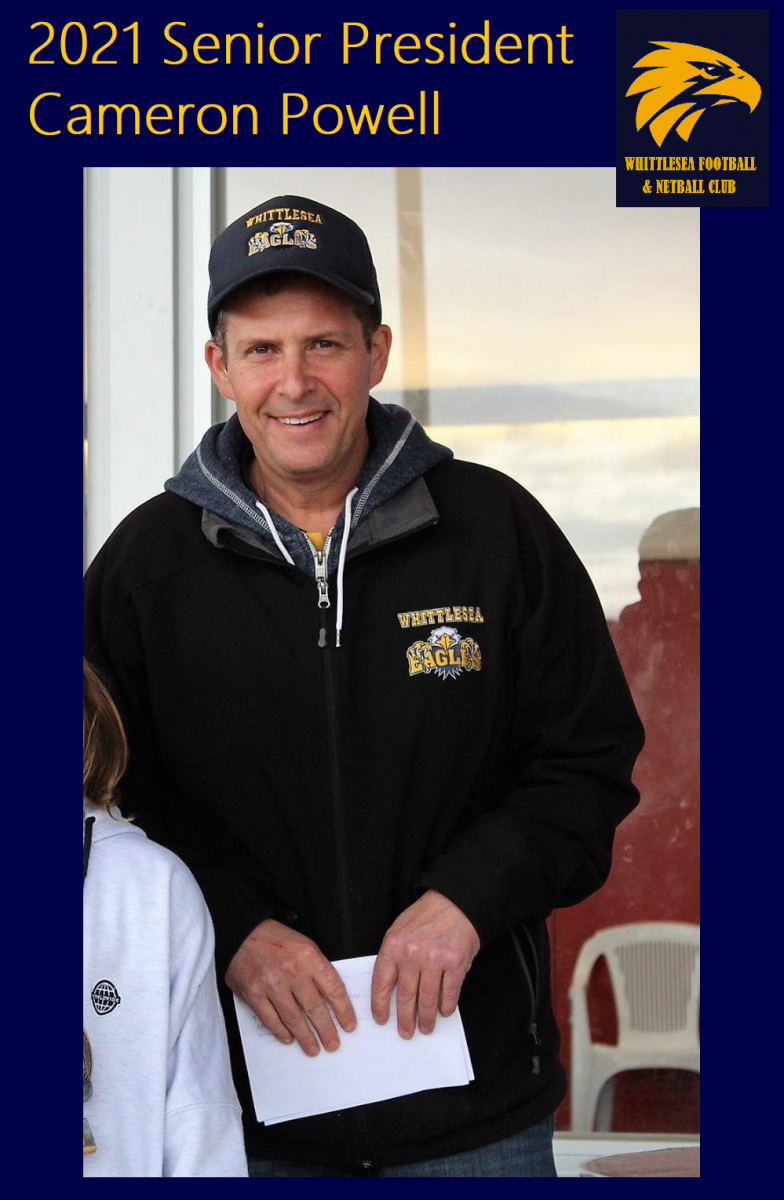 Cameron has an important affiliation with the Junior Club having spent several years as Junior Club Presidentand plans to use that recent involvement with the juniors to further inprove on the Junior and Senior club relationship going forward.

The Senior Club is delighted to have Camerons involvement in 2021 and further on.

Other positions filled at he Annual General Meeting are-

"ALL IN" Eagles Poker Fundraising Event

Poker Event at the Whittlesea Showgrounds.

Bid for your chance for you and 9 friends to play poker with some of Australia's biggest names in sport.

Enjoy a 2 course meal and free drinks for the night.

Reserve Price for each table is $3,500 with a full refund if event is cancelled due to COVID-19 restrictions.

Bids are for 9 seats and celebrity with prices to be taken individually for each celebrity table. (Not for individual seats)

Buy a seat on a one of our regular tables and enjoy the night with your mates.

Night includes Poker and other Casino type games, an interview with each special guest, Bar, Music and a 2 course meal.

Grading games for Women's and 19's

the 19's are at home this week, playing on Saturday 10/4 at 9:40am against Greensborough

the Womens are playing at home on Sunday 11/4 at 3pm at the showgrounds, also against Greensborough

The Whittlesea Football and Netball Club annouced this week that Jarrad Waite signed for season 2022 as a Playing Assistant.

Jarrad moved to North Melbourne Football Club in 2015 and played there until 2018, adding another 60 AFL games and 125 goals to his name.

Since then, Jarrad has played the last 2 seasons at VAFA powerhouse St Kevins Old Boys in Premier Division.

Jarrad has signed on with the WFNC as a Playing Assistant Coach. Jarrad is a 194cm (6’4) and 96 kg key forward.

Jarrad is looking forward to working closely with our young and exciting group on and off the field. We are sure Jarrad’s wealth of experience and knowledge will help guide our group in season 2022 and beyond.

We welcome Jarrad and he's family to the Club

Leadership Group is Back, Captain Hayley Osborne Vice Captains Jasmyn Lang and Jamie McCarthy All committed and will return In 2021 to Lead the team again in the Rebooted Inaugural Season.

The young are Back Products of the Junior Girls Programme will all make the step up to Women’s Football all Committing again for 2021.There are Multiple Top 3 BnFs between these 4 ensuring great success for the Whittlesea women’s team for years to come.

Stacey Norbury Committed to 2021 after experiencing her 1st ever preseason and 1st ever Game in 2020, Stacey will be back and ready to go for 2021 after completing 2 Full Preseasons before her 1st ever full season.

Life Member and Local icon Les Russell's Funeral was held on Thursday 28th of January with upwards of 550 in attendence.

Les's achievments for the club are well known and include coaching five Premierships, one as Player/Coach and the other four coming in succession.

What those in attendance also heard was Les's involvement in almost every facit of the Whittlesea Community, most whilst still operating his butcher shop in the main street. Les was also involved in the local Kindergarden, formation of the Fire Brigade, Tennis Club, Pony Club, Yan Yean Cemetary, Schools, Cricket Club and the Bowling Club.

Les's efforts both within the club and in the general community is inspiring and its men like Les that we take for granted.

Les will be missed by all in Whittlesea and will be forever remembered as a treasured piece of the town fabric.